one has a wedding to pay for
No comments:


The Princes Hall's three panto shows are all going ahead as planned today (Saturday).
Sunday's performances will also go ahead. We do not expect this situation to change, but if there are any changes, we will update our website as soon as possible.


Our town centres and car parks
Following the heavy snow on Saturday morning, we are doing our best to help clear the main areas of Aldershot, Farnborough and North Camp and we have crews hand-clearing the town centres. In Farnborough town centre, we have ploughed the main routes through to Asda, Princes Mead and Queensmead car parks.
In Aldershot, we have ploughed the main routes to the High Street, Warburg and Birchett Road car parks.
We have also ploughed the access route to the Aldershot Centre for Health, access to Aldershot and Farnborough railway stations and Camp Road in North Camp.
We have carried out some clearance and treatment of the North Lane shopping area and the footpaths in North Camp


Schools
For details about school closures, visit Hampshire County Council's website, http://www.hants.gov.uk/education/schoolclosures
Being prepared for snow
Following the heavy snowfalls of last winter, we have made our own preparations to deal with extreme snowy and icy conditions.
We now have increased salt stocks in place and extra staff have been trained in snow clearance. We have also added a Land Rover to our fleet of vehicles, complete with snow plough attachments and a towable gritter, to help keep our car parks and the town centres open during snow.
Where we can, we will also support Hampshire County Council to help keep local roads and footpaths clear
No comments:

We will do all we can to protect key public services, but there will inevitably be significant cuts.


That is the stark warning from Rushmoor Borough Council following the Government’s finance settlement announcement on Monday.

While the Government’s quoted reduction in grant to Rushmoor is 7.41%, the Council believes that in cash terms, this will actually mean a cut of 25% for 2011/12.
Over the next two years combined, the reduction in grant looks likely to be 32%.
And while the Council has already made significant savings of £1.1 million and planned a further £1.5 million in anticipation of a 10% grant reduction, it will now have to consider further, major savings.
Cllr Clifford says " This is the inevitable fallout from the gross mismanagement of Government finances over the last few years of the Labour Government.
The new coalition Government is working closely with Local Government to ensure front line services are protected and local authorities are being given more freedom from central government control, which they need to introduce innovation, so they can deliver to local residents better value for money.
This will involve some tough choices, but local Conservatives will ensure necessary public services are protected and the best interest of residents considered above anything else."
Conservative Councils do more for less. 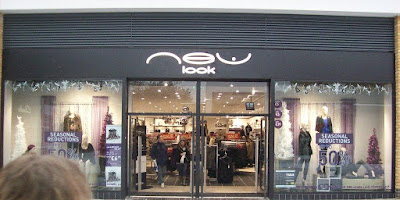 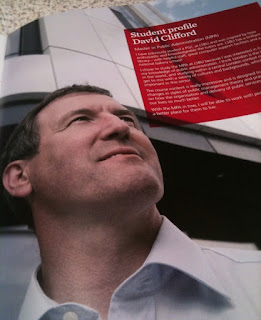 Get the facts and not fiction about student fees... 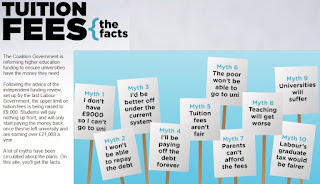 A must see - Flash Mob strike in Canada - angelic music