My mate the Mayor opens Road in the ward today 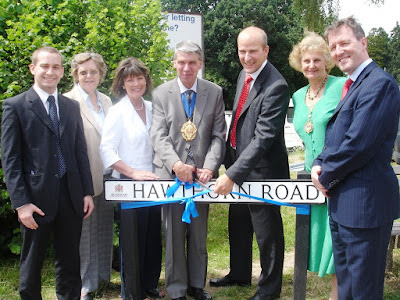 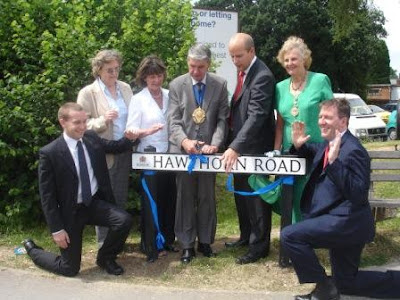 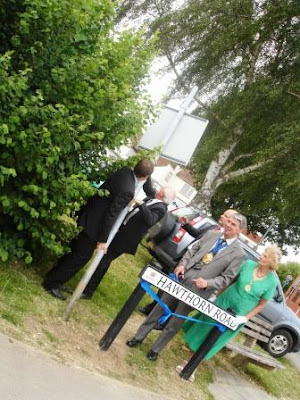 The blackmail picture worth so much more: Mayor and Mayoress are forced to witness daylight vandalism of Highway signs by official photographer Les Millar (see http://www.lesmillar.com/ ) and Pavillion Housing representative egged on by the local developer. Picture was taken as I fainted in horror at what was being done!