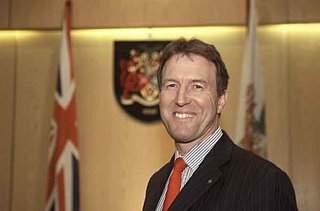 Thank you Empress for selecting me to work for you as your new Borough Councillor. It was an outstanding and record breaking result for us, and I am already getting down to work. There is much to do, and I intend to make good on the commitments I have made during the campaign as soon as I can.
It would be rude if I did not pay thanks to a number of people - not in any particular order, but as they come to mind:
1. Linda and the family for putting up with my absence and neglect during the campaign.
2. Brian Parker my Agent who worked tirelessly and energetically.
3. The fantastic campaign team, and all the volunteers that offered and gave their help.
4. My nephews Joshua and Jesse for being top class leafleteers.
5. Imprint for doing not just a good job of the print, but turning it round very quickly.
6. Fellow Empress Ward Councillor Patricia Hodge and our MP Gerald Howarth for their support.
7. Council Leader Peter Moyle and Cllr Ken Muschamp for the leaflet they produced across the Borough in support of all the Conservative candidates.
8. Council Staff that have responded to my complete bombardment of issues to tackle. (And don't think it will now stop)
9. Work, who thought I had resigned!
10. The other election candidates and agents that behaved impeccably, and were not just courteous but genuinely friendly and a delight to be associated with.
11. Our supporters in the ward that not only pledged their support to us but made sure they voted.
12. Those that do not normally support us, but took a chance this year.
Thank you. I firmly believe "together we will make a difference"
For those interested in the statistics the final poll was as follows:
Christopher Wright (Labour) 150
Crispin Allard (Lib Dem) 544
David Clifford (Conservative) 1222
Turn Out 43.3%
For other results in Rushmoor see http://www.rushmoor.gov.uk/index.cfm?articleid=6042
It was a very good night for us Conservatives nationally as well as locally where we have gained 3 more seats on Rushmoor. One from an Independent and two from the Liberal Democrats.