An e-fit of Farnborough Attacker 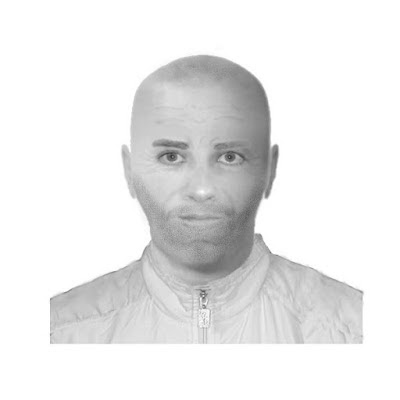 Police in Farnborough are appealing for witnesses after an attempted assault took place in King George V Park during the early hours of Christmas day morning.
A 17-year-old girl was approached by a man in the park and pushed towards the pavilion at around 12.50am on Tuesday, December 25.
After being pushed the girl scratched the man on the face and ran off.
Officers have now released an e-fit of the man, who is described as:
White
30 to 40 years old
5ft 10ins tall
Average build
Bald head with slight stubble growth
Distinctive light blue eyes
Wearing a windproof light coloured jacket, zipped up to the chin
The man is believed to have let two Staffordshire bull terrier dogs off their leads, shortly before the incident.
PC Christopher Thoday, of Farnborough police station, said: “It is possible the motive behind this incident was sexual, although no actual sexual assault took place.
“The victim managed to scratch her attacker and he would have several cuts to his face. Did anybody you know come home during the early hours of Christmas Day with cuts to their face?
“Farnborough is a safe community and incidents of this nature are very rare. However we would remind people to be aware of their surroundings particularly when walking through the park alone at night.”
Anyone with information about the incident or who recognises the e-fit should contact PC Thoday at Farnborough police station on 0845 045 45 45 or call Crimestoppers anonymously on 0800 555 111.
~Ends~