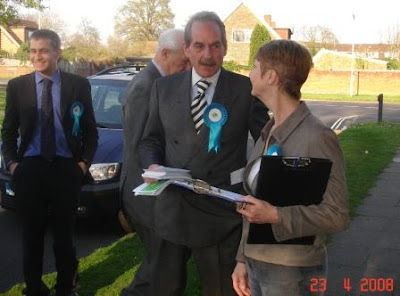 Above: Tory Commander Mike Smith barks out his orders, while our candidate Gareth Lyon practises his cheesy grin for his acceptance speech in Council. Chairman Debbie Frew decides that Grange is such a complex ward it needs not one but two clipboards. 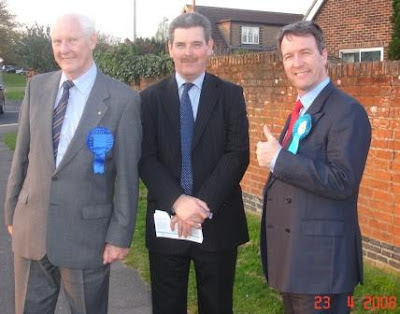 Above: Seasoned campaigner (old and bold) Cllr Brian Parker, the eligible (lock up your daughters) Cllr Steve Masterson (Grange Conservative candidate) and some plonker that obviously caught his thumb in a letter box!