We are in an awful process working to STOP our own Council putting pay and display meters into OUR own WARD local car park in Salisbury Road. Yes. It is bizarre but true. We are constantly talking to our residents, meeting the local beat officers monthly, having a quarterly meeting with police, residents and businesses. Talking to residents constantly. But does Ward Councillor opinion count for anything? At Rushmoor, and specifically in the Environment Department it does not. Decisions are made solely between a Cabinet Councillor and Officers.

THIS IS SO WRONG and an affront to local democracy.
So a decision is made and agreed by the Rushmoor Cabinet - because of the huge volumes of paper, the ward councillors missed the item that had reference to the car park in our ward. The first we know about parking meters going in is when Cllr Parker (fellow ward Councillor) reads an official notice on a lamp post.
The Ward Councillors had been forgotten!! Accidents happen.
So we had a meeting. We were asked if we supported the scheme - we made clear we wanted the proposal scrapped - Cllr Dibbs, the portfolio holder, wanted pay and display put in, as did Mike Bamber the Parking manager supported by John Edwards the Director. John Trussler our Highways Engineer was there, but said very little until the end.
Our decision was not final - there was a heated discussion with Cllr Dibbs and Mike Bamber who both advocated the case for meters. This was opposed by Cllr Parker and myself. We were getting nowhere. Finally John Trussler recognising the stalemate offered to take a survey. It was agreed. The results are as follows: 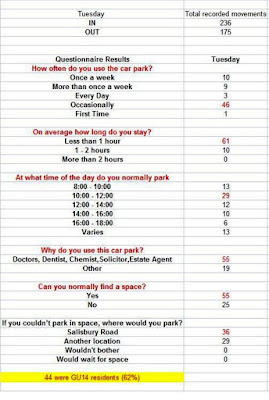 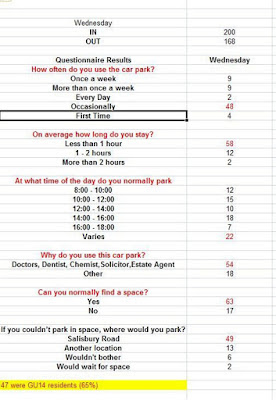 We now have to endure another meeting to "discuss" the results. What a complete and utter waste of my time, officer time when, if they had just listened to us in the first place, we could have avoided so much bad feeling.

Ward Councillor - WC - exactly what I feel like as a ward councillor on Rushmoor. Well if officers think they can sit comfortably on this WC they are mistaken.