Members of The Church of Jesus Christ of Latter-day Saints ’Helping Hands’ team acted swiftly when they received an appeal from the police and us local councillors to assist an elderly resident.
The elderly resident needed help clearing the overgrown grounds of her house to make it safe after being recently targeted by heartless vandals, some of whom have been arrested. With the elderly resident unable to cope with her overgrown garden, over 20 keen Mormon volunteers from their ‘helping hands’ action team in Farnborough readily picked up their tools at short notice and went to work clearing paths and overgrown shrubbery.
WPC Woodhead and myself who referred the case to the Helping Hands team were both delighted with the outcome and praised the volunteers for their quick response and the dramatic difference they made. 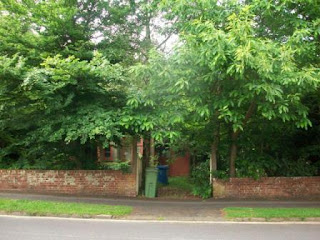 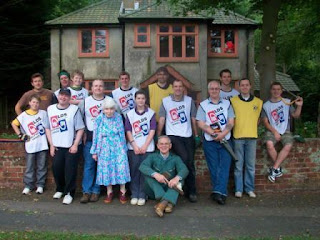 After - a resident with some of the LDS 'Helping Hands' volunteers