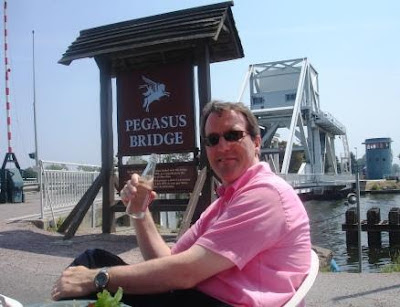 Great trip to France. Here I am sat outside the famous Cafe Gondree, the very first home in France to be liberated, next to Pegasus Bridge - both liberated by elite British airborne troops I might add. Here I met a few veterans, and gave some thought while listening to them about why they return year after year. It's a great love affair they have with Normandy. Each year they go back and enjoy her attention (the locals beep their horns when they see a Normandy Veteran). The unusually warm French smile reserved just for him - he feels young again in her company, loves to recount their time together. He will always love her, and keep coming back till the day he thinks his last thought of her, whispers her name and expels his last breath.

Ranville "Para" Cemetery where some of the first casualties of D-Day rest. Over 2000 British war dead are here along with over 300 German soldiers. 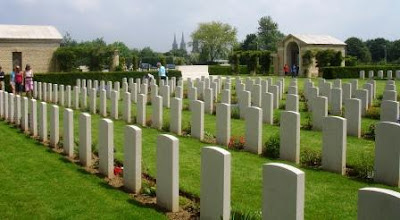 The British Cemetery in Bayeux shared with French, Russian, Polish (over 4000 graves) and even a large group of German soldiers (over 400). Officers and other ranks mixed together. Thousands of young men robbed of life because of the evil foreign policy of a handful of older men. We never seem to learn from history do we? Ironic this is the home of one of the great historical records that detail the bad political decisions of another handful of older men. 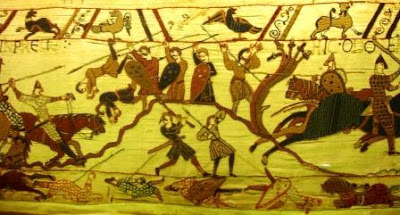