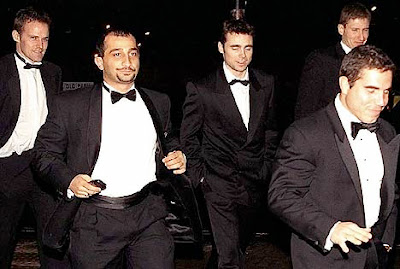 Am I the only one that is sickened by the pay off politicians are queing up to make to over paid, arogant, stuck up, remote city bankers, many of whom are earning an annual bonus worth over a million, and recieving huge pay offs inspite of poor performance. Funny how all this money has been found so quickly. The way some of these banks have behaved is nothing short of reckless and yet many politicians are falling over themselves to get them out of trouble. I say we should not let them off so easy. I want to see the bankers pay. I don't want blood - I want money. They need their pockets hit - and they are very deep pockets - and bankers have very short arms. I resent the fact that I along with every other UK tax payer will be contributing about £2000 to help bankers stay accustomed to the trough they have had their greedy snouts in for so long. 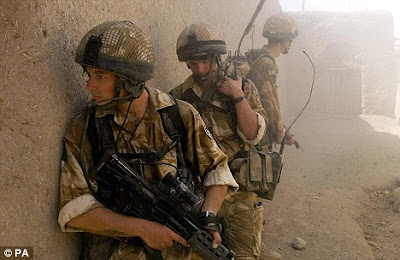 What a contrast to our troops paid about £19,000 per annum out in the desert regularly getting killed because of poor gear and poorly armoured land rovers regularly being blown apart by IED's (improvised explosive devices). We have only just heard that money has been found to build and supply new armoured vehicles . There have been a heap of dead British soldiers accumulate while the brave kept patroling, and the cowards in Whitehall prevaricated and delayed in giving the front line what they needed.
I say we do a job swap for 12 months ... Troops in the City - Bankers in Afganistan
In fact an even better idea - donate their bonuses to the injured servicemen - they can do it easily via "Help for Heroes"

I agree with you 100%. Unfortunately even the "caps" on upper end incomes in the Banking Sector are still rather exorbitant.