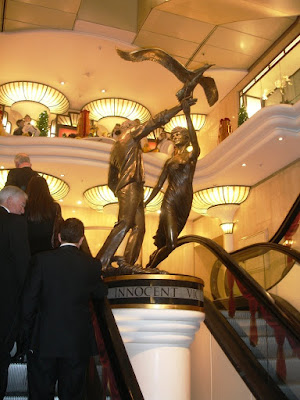 Well - where else for Harlequins? Above is the shrine to Dodi and Diana which greets everyone that comes in the back door. I reached for my wallet when I saw that jeans were 40% off - but then realised they started at £300, so thought I would wait for the New Year sales.

I seem to have been following Jason Leonard MBE around the last few years http://www.rugbynetwork.net/main/s245/st50222.htm - I was at his testimonial dinner and last night discovered I was at his induction to the Harlequin Hall of Fame. I had a great night with a table full of extremely interesting people, some of which I met that night and some I have known for a good many years. 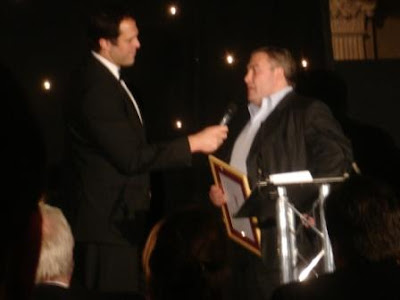 On our table was the Harlequin Director of Rugby (Head Coach) Dean Richards who is doing a fantastic job at Harlequins and has the fear and respect of the players. He has a stunning rugby career http://en.wikipedia.org/wiki/Dean_Richards_(rugby_player) 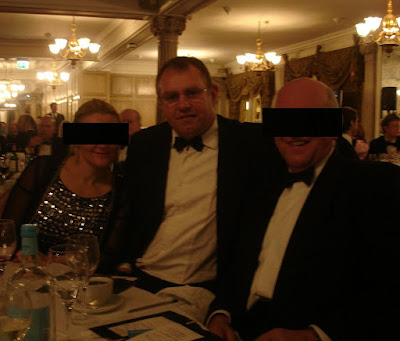 Dean Richards and friends on our table - identities hidden to protect the innocent .. well guilty actually...

Tut, tut, shopping in the emporium of the Phony Pharaoh.

You should have tried the Top Shop clothes swap, far more fun.

Or if you really wanted to slum it, the Debenhams Sale, buy the cast offs the other stores in the chain do not want.

Debenhams is the next earmarked for closure in Farnborough. Unless they have a special concession, they cannot based on turnover be paying the extortionate rent demanded by St Modwen the UK's Degeneration Specialist.