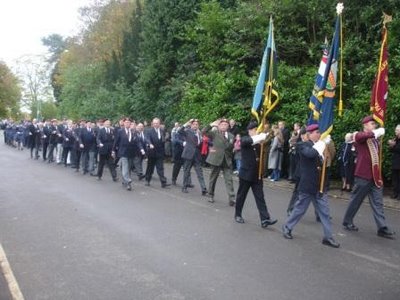 Veterans show us all how it is done.

It was a pleasure to attend the Remembrance Day Parade in an active Garrison town, surrounded by troops and residents remembering those that suffer and give all in conflict. It was profound and significant that in the prayers of the Army Padre he prayed not just for the fallen, and for protection of our troops putting themselves in harms way. But prayed as sincerely for all thoses killed or affected by conflict, and also the terrorists, that their hearts will be softened and moved by the love of God to stop sheddding the blood of the innocent. A sharp contrast to the message of hate we often see coming from the mouths of some so called religious leaders.
After the service and wreath laying, it was good to see the parade which had all three services represented. A warm round of applause was reserved for the Veterans who had a great turn out and looked very smart. 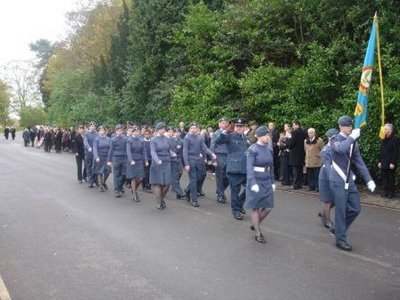 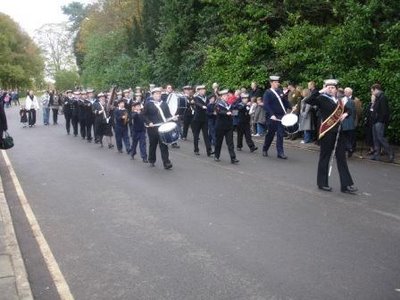 HMS Swiftshore provided the music - and very good it was too. 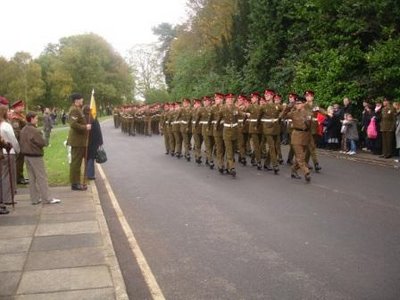 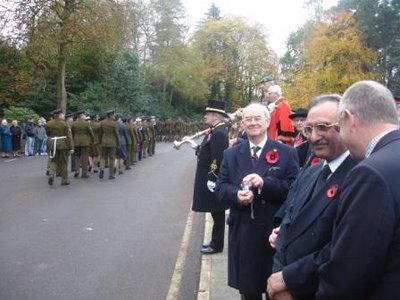