A Jewish American - thoughts on Christmas 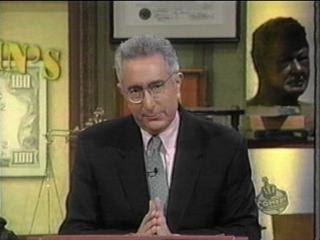 Herewith at this happy time of year, a few confessions from my beating heart:I have no freaking clue who Nick and Jessica are. I see them on the cover of People and Us constantly when I am buying my dog biscuits and kitty litter. I often ask the checkers at the grocery stores. They never know who Nick and Jessica are either. Who are they? Will it change my life if I know who they are and why they have broken up? Why are they so important? I don't know who Lindsay Lohan is, either, and I do not care at all about Tom Cruise's wife.

Am I going to be called before a Senate committee and asked if I am a subversive? Maybe, but I just have no clue who Nick and Jessica are. Is this what it means to be no longer young. It's not so bad.

Next confession: I am a Jew, and every single one of my ancestors was Jewish. And it does not bother me even a little bit when people call those beautiful lit up, bejeweled trees Christmas trees. I don't feel threatened. I don't feel discriminated against. That's what they are: Christmas trees. It doesn't bother me a bit when people say, "Merry Christmas" to me. I don't think they are slighting me or getting ready to put me in a ghetto. In fact, I kind of like it. It shows that we are all brothers and sisters celebrating this happy time of year. It doesn't bother me at all that there is a manger scene on display at a key intersection near my beach house in Malibu. If people want a creche, it's just as fine with me as is the Menorah a few hundred yards away.

Or maybe I can put it another way: where did the idea come from that we should worship Nick and Jessica and we aren't allowed to worship God as we understand Him? I guess that's a sign that I'm getting old, too. But there are a lot of us who are wondering where Nick and Jessica came from and where the America we knew went to.