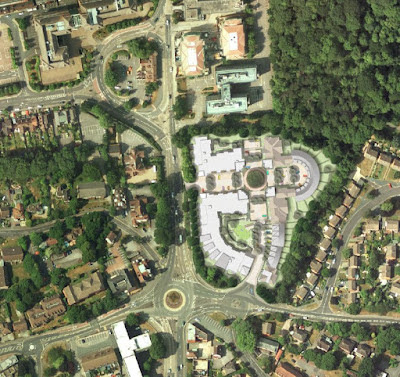 I became the first councillor under the new arrangements to use my right as a ward councillor to apply to address the Planning Committee. I would like to thank the committee for unanimously supporting my request to speak on a major development in the ward.
Following the officer presentation, I was allowed 5 minutes to speak, and was followed by the Planning Director for Fairview Homes the developer.
The points I raised were very simple and straight forward:
1. I thanked Fairview Homes for their public consultation. Holding meetings with residents and holding local exhibitions. This is the first time this has ever been done in Rushmoor, and I welcomed this new approach to major applications, and their effort to work with not against local residents.
2. I urged the Committee to press the Cabinet to urgently change our parking provision standards that we have set for these applications. These have been set under unfair pressure from central Government. This application had a maximum limit of 1 car space per unit, BUT (and this was difficult for some of the committee to understand) a minimum limit of 0 (zero) if it could be justified by the applicant. This applicant could within this framework easily justify about 0.79 car spaces per unit, using local statistical data concerning car use and transport information, closeness to bus and rail links etc.
3. I argued that 200 car spaces for 253 dwellings was not acceptable. Despite the fact that our own guidelines allowed this, and the developer was simply working to our standards.
4. In light of my point above, I expressed surprise that the development had allocated 653 bicycle spaces (2.58 per dwelling). I suggested these could be reduced in favour of more vehicle spaces.
5. I pointed out the fact that the developer had given money towards the monitoring of car issues during and after the development was to be built - this suggests that the developer recognises this is a possible issue.
6. I also asked that ward councillors be involved in the plans for the public art proposed for the site.
Following my remarks and the remarks made by the Planning Director of Fairview Homes, the committee was very sympathetic to the points I raised and added to them.
As a consequence they did not vote in favour of the application, but recognising the problems with our own planning standards wisely moved for a deferral of the application to discuss some improvements with Fairview Homes. A result which I thought was a very "common sense" conclusion.
Thank you Planning Committee. 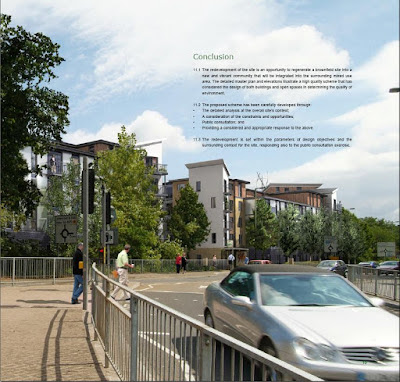