It was great to hear today that two of my old friends have won seats for the first time. Simon Foale in St Michael's Ward in Surrey Heath and Tony Sharpe in Wellingborough. Both were standing as Conservative councillors for the first time. They will both make fantastic local Councillors, and I know will work hard for their residents. 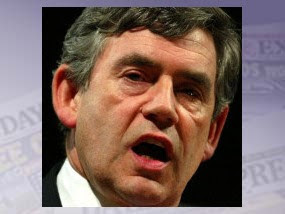 I personally think its a disgrace that Brown will be annointed Prime Minister. We, the people should decide. I cannot see why we cannot have a direct election for Prime Minister, dare I say as the French are having!! They get to choose their political leader - we however, cannot be trusted. I think it is now the time we did not trust the election of Prime Minister, just to Parliament. I want a ballot paper that I can put my cross on for Britains Political leader. What's good for the French this weekend is good for us.

Thanks David! I would have dropped by sooner, but work began almost immediately with a ward surgery.

It has been fantastic seeing the strength of the Conservative vote, regardless of how the BBC tries to spin it.

On Gordon Brown, unless he wins a General Election he will be forever known as the Prime Minister who never led his party to electoral victory. Brown must not be underestimated. He is devious and his campaigning when we do next have a Westminster election will be right out of the gutter.